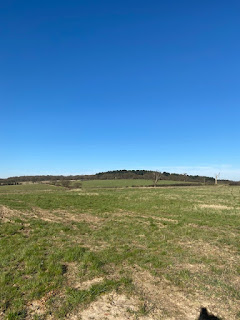 It's all going to pot 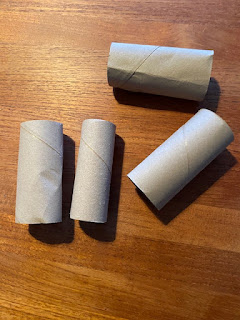 Social isolation Day 3. Managed 10,000 steps at lunchtime, through a muddy field and a deserted wood. Came across 3 humans, 7 dogs and 6 horses, though thankfully not all at the same time. The horses were a welcome addition and the human/dog ratio seemed about right.

Over on mothergoat makes I created a post about turning toilet rolls in pots for seedlings and wondering, really, what the hell is going on with the obsessive making thing? Then I remembered that's what social isolation does to you. At least I'm not talking to the cat all day this time. Because I'm already pretty practiced at amusing myself at home from when I had the cancer thing and couldn't go out, and travel was off the cards. At least this time I don't feel sick as a dog.

Today is International Happiness Day, which I'm pretty sure was made up just to combat the weirdness of our new world order. But I embraced it anyway, and told the trees as much, as I walked through the woods.

I remember, I remember when I lost my mind 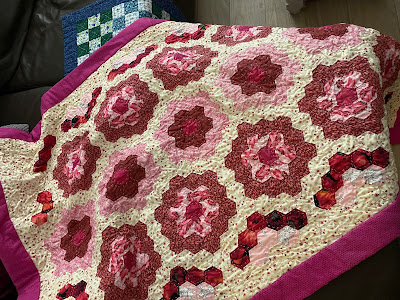 Day 2 of working from home for the foreseeable. Thankfully, the much-anticipated London lock-down didn’t materialise, yet still no humans were spotted on either of my two walks.

I often work at home, and usually have no problem focusing or settling down. Today, however felt different. I’ve vowed to keep off the news tomorrow outside of breakfast and tea-time to see if that helps the feeling that I might very well be losing my mind.

The wider family group chat today turned to ways to keep yourself amused at home. In previous times when trapped at home (through parenting or illness) I remember sewing as a saviour for believing being held captive could be productive instead of actual mental torture. So, clearly with time on my hands, this evening I created a mothergoat makes for quilting. Well the first steps anyway, as I didn’t have that much time.  And, if I don’t actually lose my mind I’ll return to it and add more steps, if the interest is there.

The best thing I’ve heard so far about this crazy time we’re living in was the lasagne being made in Wembley. If I knew how to add audio files to blog posts I’d share it with you. I laughed out loud, and don’t we all need a bit more of that?

The times they are a changing 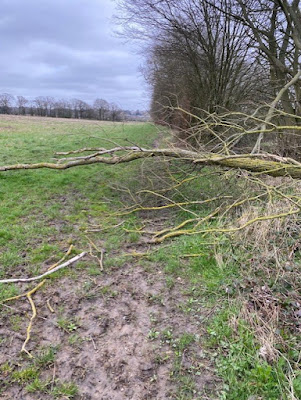 My thoughts go out to those affected by the Corona virus at this disturbing and worrying time.

Fortunately I’ve not really been affected. Yet. Because you can’t really count the inability to get a supermarket delivery and visiting a horror store at the weirdest moment in shopping history.

I developed hoarding tendencies long ago, as like many single parents I have experience of being quarantined with small children and the vomit bug. So, no need for me, to do any panic buying.

I also have a habit of clicking, without checking volume. We go from one solitary banana to three bunches being delivered. And the pantry is full of things the fam can’t bear to eat any more of. But that was then. These times are changing and sweetcorn will soon be making a supper comeback.

I can’t get a delivery slot so I'll have to do more real shopping, with less choice. I'm praying sweetcorn isn't the only product in the tinned goods aisle.

Like an awful lot of folk across the globe, I’m practicing social distancing. Number of humans spotted on my morning commute/hike round a muddy field was zero. That was odd. Not even one dog-walker. My lunchtime wander to the allotment, again saw zero humans, so I couldn’t trial the effectiveness of the advice to carry a bamboo cane at all times - to ensure the correct social distance. I could have used the cane to practice baton twirling but sadly only thought of that upon my return home, but it's banked as a mental health save if this goes on too long.

The whole office is working from home, yet I think I communicated more with the team today than in a regular working day. Group video calls are the new normal. Though seeing colleagues in their own natural habitats left me feeling Attenborough-like. So yeah, these times they are a changing.

Tomorrow I plan to re-balance my 'snacks' to 'steps' ratio. Shouldn’t be too hard as I’ve eaten all the good snacks.